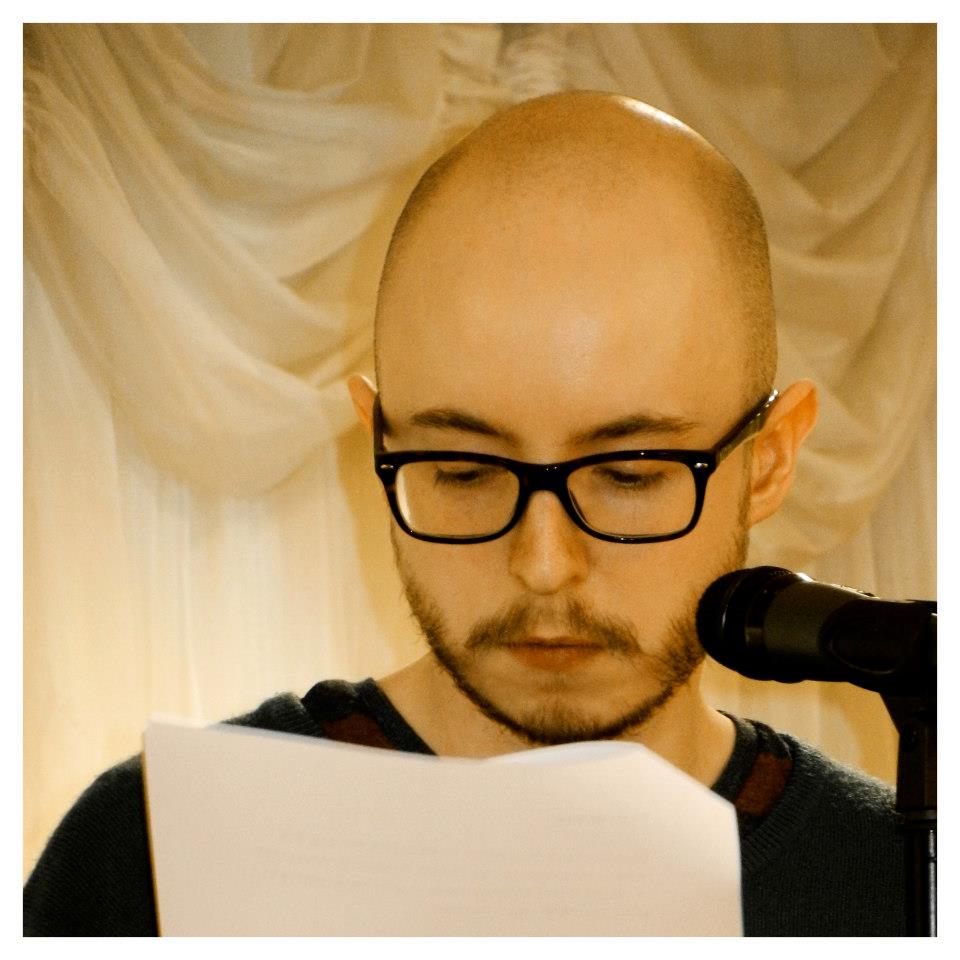 Michael Naghten Shanks [b. 1987] is a writer & editor from Dublin. His writing has featured or is forthcoming in various publications & anthologies, including Ink Sweat & Tears, The South Circular, Bare Fiction, wordlegs presents: 30 under 30, & New Planet Cabaret. He has been listed for various prizes & has read his work at numerous events. In November, he will read a selection of his work at the London Irish Centre as part of a Young Irish Writers Showcase. For more information, visit michaelnaghtenshanks.tumblr.com

Michael, congratulations on becoming the new Editor of the Bohemyth! Tell us about your involvement with the magazine to date.

Thank you, Rozz. The title of ‘Editor of The Bohemyth’ is one that I think comes with a good reputation for selecting, editing, and promoting new writing. For that, all the praise should go to founding editor Alice Walsh. She founded The Bohemyth in October 2012 with a desire to help good writers reach a wider audience. When I found out what she was planning, I knew I wanted to be involved in some capacity. I came on as Assistant Editor and worked alongside Alice to pick out the best pieces that would also compliment each other in each individual issue. This ethic eventually led us to publish several special issues usually focusing on the lasting influence of individuals or groups. This was how I got my first taste for being the main editor – I was responsible for the Samuel Beckett issue – and I thoroughly enjoyed it.

How long have you been interested in writing and the literary world?
I think maybe I’m atypical in this respect. I wrote stories when I was younger, around the ages of 11-13, but I wasn’t a big reader. I was much more influenced by the films I was allowed to view and experience [many of which I only really fully appreciate now that I am older]. Although I studied English in Trinity College, it wasn’t until my final year that I began to think I might start writing creatively again. Within a few months of graduating, I had a short fiction piece published by wordlegs, and was participating in a writers’ group alongside some very fine writers. The relationships formed during this period have continued and seen me become more immersed in the burgeoning young Irish writers scene.
The Bohemyth is now accepting pieces of creative writing that is experimental. What do you mean by experimental?
Asking for experimental writing could seem complicated and off-putting for any potential submitter but, I think put simply, it is a question to writers – how quickly do you accept your own writing? I think it is the default of almost every writer to accept too easily whatever is the easiest way of writing for them, whether it be in form or subject matter or both. I’m not advocating that every writer abandon what works for them, but rather I am asking them to respect their own work, the reader, and the art of writing, at least enough to consider creating alternatives. Not every experiment will work, but the act of trying to make something new will only aid the writer and their writing.
What types of writing should not be sent to the Bohemyth?

I’m reluctant to dismiss outright any writing, because I think there are always exceptional pieces that transcend any title they may fall under, but I would suggest that authors of Young Adult fiction would perhaps be better guided in submitting to other journals. I would also be reluctant to accept traditional genre writing.

What gets your attention in terms of literary writing being submitted to the Bohemyth?
In keeping with the desire for experimental writing, I tend to favour pieces that are able to engage and affect me in new raw ways. I like it when I get the feeling that the writer is taking risks, that something is on the line. I like precision sentences that ping. Contemporary thought-provoking work that speaks to and from the heart, to and from the individual, to and from the collective.
What is your favourite literary magazine?
This could be an exhaustive list so I’ll try to limit myself to Irish-based journals – wordlegs, Bare Hands Poetry, The South Circular, The Penny Dreadful, The Stinging Fly, Southword, The Dublin Review.
What book are you reading at this very moment?
I’m just about to finish my first reading of ‘Alone with Other People’ by Gabby Bess, a young American author. It’s a collection of poetry and short prose pieces that is raw, open, and lacking in the gimmicks that often accompany some of the Alt Lit writers. If I was to recommend one book from this year though, it would be ‘Stop Sharpening Your Knives’, a poetry anthology full of varied, intelligent, and creative voices.
Give us your best tip in terms of an up and coming Irish writer, poet or fiction writer?

Well, I’m not so sure I can call her up-and-coming, because in my mind she is very much established as one of the new voices to listen to, but I would say Elizabeth Reapy. If you’re looking for someone to inspire you, she’s your woman. I also think people will be hearing the name Rob Doyle more and more.

Describe the vibe of the Bohemyth magazine in 3 words.
New Raw Communication.

Thanks, Michael so much for giving us your very insightful answers. Wishing you all the very best in writing and reading for the new year of the Bohemyth!