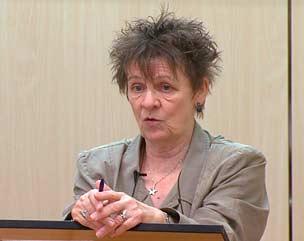 The two gallants is probably one of my favourites of the Dubliners’ collection by Joyce. I love the setting, the characters and the historical meaning. Joyce himself lists this as the most important and his favourite of the 15 stories. 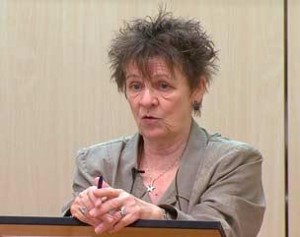 I would think that any author taking this on would do well to use their version as a commentary on the relationship Ireland has now within the political or social sphere of Europe. But, that might be too obvious.

Instead, Evelyn Conlon focused on the cyclical nature of the Dubliners and the two characters within Joyce’s wider work such as Finnegan’s Wake and Ulysses.

If you read my last blog post, you might remember that this story is about two naughty, young lads  who spend their days conning maids out of money and probably sex. Joyce uses this theft as a symbol of where he felt Ireland stood in terms of their history and relationship with England.

Conlon steers it in a different direction. Her story is set at a Joyce conference. Clever stuff. She focuses on academics who steal their colleague’s writing. She is making the theme new and fresh yet keeping the original one. It is a challenge to read, compared to the original as it flits back and forth, in and out out of the city, conference and Joyce’s story. It also cleverly commits a theft in its own way, once from Joyce’s story and then from William Trevor’s story called “Two More Gallants”, which was a response or cover version to Joyce.

This not only reinforces the idea of theft and betrayal, the huge themes from the original Dubliners but it connects the story to the whole of the Dubliners’ collection, Ulysses and Finegan’s Wake as the two characters from the original story pop up in Ulysses.

As we know, Joyce’s Two Gallants sets the story in a circular map and route within Dublin city, the characters arriving back to where they came from  so credit must be given to Evelyn for being this inventive and respectful to the voice and intention of Joyce. I feel that even thought this wasn’t the most entertaining of the new Dubliners’ story that it stands up brilliantly as a homage to Joyce but making it fresher for a present day Dublin.

Two Gallants written by Evelyn Conlon can be found in the new Dubliners 100 collection published by Tramp Press.