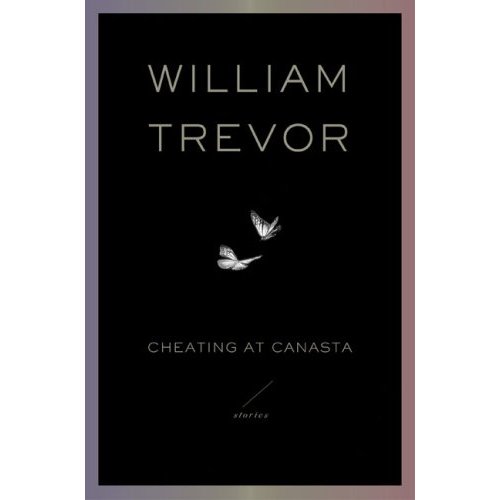 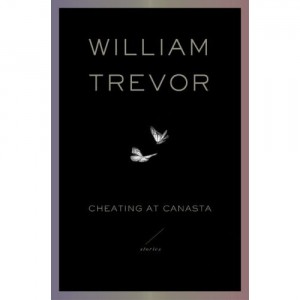 William Trevor does not mess about.

I just finished his short story collection Cheating at Canasta. I found this in the bargain bin in Eason’s for €3! A shame, really when we see other forms of “Writing” getting the top three positions in the reader’s list.

But, it was great for me as this was the first time I had the chance to properly read Trevor’s writing since my U.C.D Arts days. It also was a welcome piece of calmness after Nathan Englander’s What we talk about when we talk about Anne Frank. Trevor simply writes exquisite pieces of life.

The collection opens with The Dressmaker’s child, which was featured in the Granta Book of Irish Short Stories. The Dressmaker’s child is a wonderfully horrific story of death and moving statues of Holy Mary. It take on a supernatural feel and ends in the way a short story should, in complete wonder. Unfortunately, Men of Ireland is a story that we are only all too familiar with, the story of clerical child abuse. Trevor plays with the reader right until the end and made me feel a bit guilty for disbelieving a homeless man and the story that had stuck with him all of his life. Bravado is a violent and bloodthirsty story and leaves an imprint on the characters and the readers. At Olivehill shows how time and history is irrelevant to some. A mother is left defending her heritage while her sons push modern life onto her home. The children is a story about a grieving father and his daughter and how she copes when her father begins to see another woman and bring her and her children into their house. The grieving daughter shows her anger by reading her deceased mother’s books, a form of rebellion and defiance to what she see her father doing.

The last story was quite blissful in a sick, demented way. Folie a deux is about a man who starts to see someone from the past in his everyday life. This man he sees is not real but the memories of what happened are. We are led skillfully back into the man character’s childhood and into a horrid story of how an innocent game went wrong. This never leaves the narrator’s thoughts and it wouldn’t leave mine, to be honest either!

The collection is a sad and melancholic one. Trevor is not the judge of moralistic lives. Many crimes happen in these stories yet I didn’t feel worn down or depressed by their darkness. Secrets are never left that way and each of the character’s secrets are revealed by the end of the story. They will sit with you.

I just love the way Trevor tells a seemingly simple narrative about simple characters that we can bond with and feel for immediately. There is no need for artistic or literary references here. He does not need to be clever. Instead, he observes life and people and transforms one particular movement in a character’s life, capturing it at the right moment of catharsis.