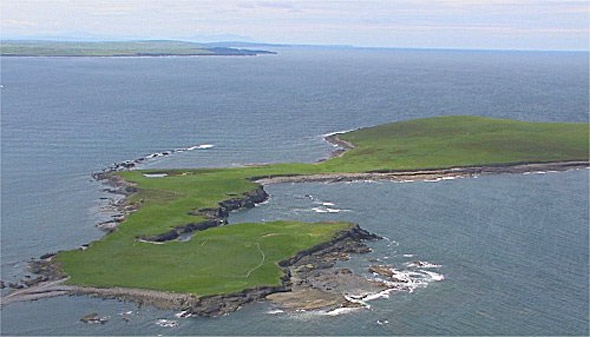 I had reached the 5th story in this collection and although, the previous story “Ghosts” moved away from the themes/setting of farming, rural isolation and island life, I was becoming a bit tired of those themes too. However, it moves quickly away from that tried and tested Irish short story setting to an urban one, which is good, I think.

In Exile tells the story of a man who has more or less escaped from his native, irish-speaking island of Cape Clear. Cape Clear brings up images of an American island, for some reason! The narrator lives with his wife, Jenny in their very urban house in Dublin. He misses his life yet he rejects it. One day, he comes across a past member from the island and this is where the story begins. It flits between island memories and present day in Dublin. I really liked this. I was able to see the life on the island and the cruelties of it alongside the torture that the narrator feels every day and even more so when he comes up against his past. This story is my favourite so far. A believable narrative voice with a real, human story.

It ends the way a good short story should. With the reader wanting to know what happens in the character’s life yet knowing if they did, that the story would then be a novel.

In Exile is a short story that is from Billy O’ Callaghan’s collection of the same name, In Exile and is published by Mercier Press.