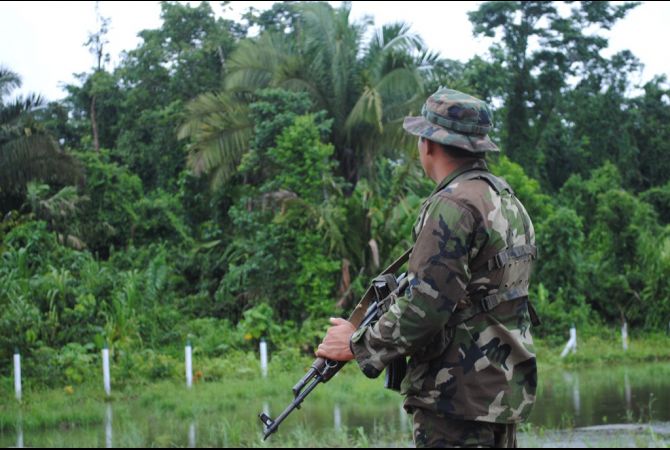 “Ghosts”, a short story by Billy O’ Callaghan. This story is taken from Billy’s short story collection, In Exile.

“Ghosts” is the fourth story of the collection and it moves away from the farming or fishing setting contained within the first three. It is set somewhere in the jungle. The time is war and we see the jungle and the war that is contained within through the eyes of a young soldier. The trauma of the soldier’s first killing is relayed with detailed accounts of the weather and how it impacts on the character’s feelings.

I found the language to be very eloquent for that of a soldier so it prevented me believing the narrator somewhat. However, the killing and the effect it has on the killer does ring true with what the reader might imagine it to be.

War is not my bag, baby so it was a story I wanted to finish quickly. However, the scene is described well and the character’s thoughts on what he had done and how this affected him are carried out well. It is not my favourite of Billy’s so far and that is down to the over eloquent language and description of the weather and the lack of me connecting to the content and setting of the story. This is not to say it is not a very competent story that will hold you till the end.