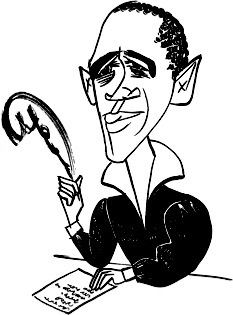 If you are following the US elections, this article may interest all you prose lovers! I have adapted it from the politico website.

In 2008, Barack Obama closed his campaign with poetry. This time, he’s finishing with constrained, calibrated prose.

Obama’s speeches have defined his political career, and he’s chosen his words for them carefully. There’s no mistaking the contrasts between the one he’s using for the closing argument of his 2012 campaign and the one he delivered over and over again on the precipice of his first term: He’s stopped talking about hope, he’s largely traded in talking about himself as part of a movement and more as a leader of a struggle, and he’s gone from envisioning a united America to fighting off his opponents on the other side of the class and political divide.

In the last days, he’s dropped the sarcasm of “Romnesia” or the supposed lessons he’s learned as president that he actually uses to criticize Mitt Romney — including “You can’t just make things up” and “you represent the entire country.” Still, there’s no missing the smile of a man who’s enjoying making fun of Romney and enjoying people laughing as he does.

Obama still talks about change — that’s been one of his ongoing fights with Romney in the final days. And though he’s sounded more optimistic as his poll numbers have picked up in the closing days, he’s landed on a distinctly George W. Bush-sounding note to drive home his case.

“You may not agree with every decision I’ve made — Michelle doesn’t agree with every decision I’ve made. There may be times when you’re frustrated with the pace of change, I’m frustrated sometimes with the pace of change,” Obama told the crowd in Bristow, Va., Saturday night. “But you know I mean what I say and I say what I mean, and you know where I stand.”

But other than saying he hopes people vote for him, he’s dropped the word entirely from his closing argument this year. In 2008, he devoted paragraphs to explaining what he meant.

“That thing inside us that insists, despite all evidence to the contrary, that something better is waiting around the bend, that insists there are better days ahead,” Obama told a late October crowd in Canton, Ohio, four years ago, quoting his own Iowa caucuses victory speech. “If we’re willing to work for it, if we’re willing to shed our fears and our doubts, if we’re willing to reach deep down inside ourselves when we’re tired and come back fighting harder.”

Summarizing the thoughts of the Americans who struggled throughout history, Obama said, “‘It may look dark tonight, but if I hold onto hope, tomorrow will be brighter.’ That’s what this election is about.”

These days, he frames himself less as the man at the head of a movement and more as a leader out on his own fighting on behalf of the people who put him in charge.

“In one week, you can turn the page on policies that have put the greed and irresponsibility of Wall Street before the hard work and sacrifice of folks on Main Street,” Obama said in Chester, Pa., four years ago. “You can choose policies that invest in our middle-class, create new jobs, and grow this economy from the bottom-up. … You can put an end to the politics that would divide a nation just to win an election. … You can give this country the change we need.”