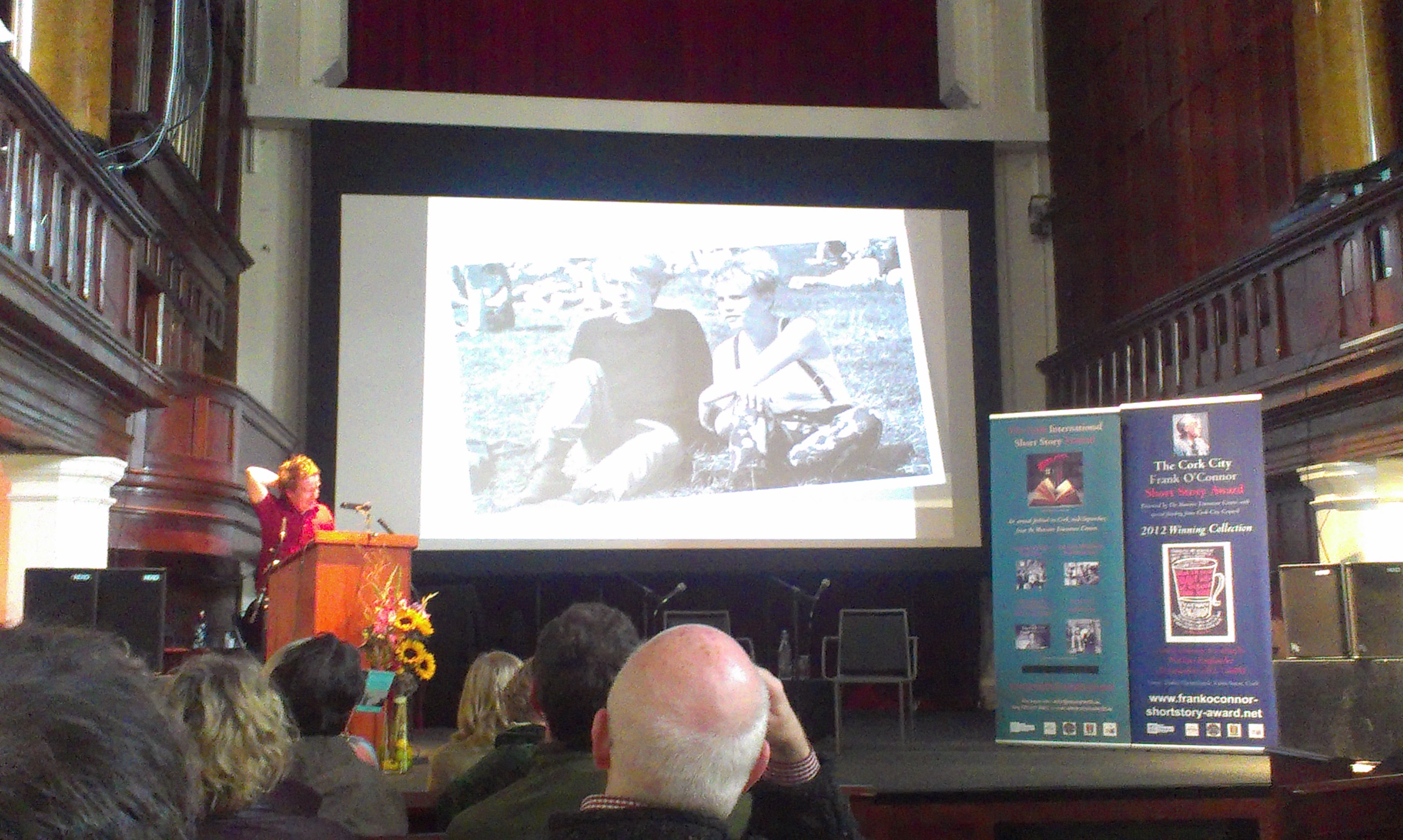 I was most excited about hearing Kevin Barry read again. I don’t want to sound like crazy lady from “Misery” film but I am officially the number one Kevin Barry fan. I get very annoyed when I see someone else having the cheek to read his books and even worse when they dare to comment on his writing.

Okay, I am exaggerating slightly but you get the idea. Kevin Barry rocks.

He was up first and he read a short story from Dark lies the island( you have to put this on your Christmas list-now!).  This story is set in Gort and about a man called Evan who ends up sleeping in a caravan owned by a strange man who likes kicking staircases and two sisters that like the strange man who kicks staircases. The sisters also have an array of skin haired-lice ridden children running about the place looking “crazed”. Things gets stranger and darker as the story goes on when Evan is locked in the caravan and ends up trying to survive on a tin of Campbells’ tomato soup. I won’t spoil the ending for you but it is very jumpy. Kevin reads with drama and devilment, which kinda reminds me of Eddie Lenihan. Remember him? No, Kevin doesn’t look like him at all but he sounds like him somewhat! I always wonder what the crowd will make of Kevin as his stories are not for the fainthearted and are quite naughty. They seemed to enjoy and laugh at the right moments and anyway, they all paid to see him so they should know what he is like.

Will Boast came on after Kevin, reading from his short story collection Power Ballads, which I haven’t read and probably won’t. Reasons being that I have a heap of books to read and I don’t really “get” American short stories. Yet. I might one day and maybe, then I will feast on his stories. Also, I found it hard to listen as really, Kevin should have read another and the moment was spoiled for me. They both read very differently and their voice and style are completely different and hard to put together. But, there seemed to be a  lot of Will Boast fans as well.

I briefly said hello to Kevin before he read and he tells me he is busy, busy writing! Great or I might have to lock you up in my house and buy you a typewriter and instruct you to get the sequel to City of Bohane finished quickly. I probably wouldn’t hurt his legs though. He has to be able to walk. But, only if he behaved himself.