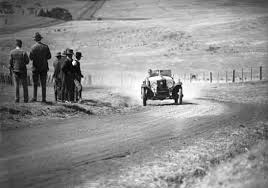 After the Race is still one of my least favourite stories in the Dubliners collection by James Joyce. On an emotional level alone, I could not connect though it raises some very relevant questions for us now as Irish citizens in the state of Europe.

It is about an young Irish gentleman, Jimmy whose family has high pretensions for themselves and Jimmy. Jimmy’s father pushes him into situations where he will meet wealthy and intelligent people. He does meet such a man, a French man called Ségouin. Ségouin is super rich and has the lifestyle that Jimmy would love. It all ends on a pessimistic note, a realisation of sorts for the main character that he will never be the same as Ségouin.

Joyce is making a strong point about nationalism, Europe and its imperial grip. France and England are seen as the superpowers and Ireland is being placed right at the bottom of the grading.Joyce is angry at  the Irish, wealthy people who are not helping Ireland in its cause. They are only aiding Ireland remaining part of a colony, according to Joyce.Ireland has no real power though it likes to think it has. Jimmy is powerless as is Ireland and no amount of new money will cover that up. Like Jimmy, who takes part in a card game with Ségouin, Ireland can play but will not succeed like the super countries of the European empire.

Andrew Fox is given the difficult task of re imagining Ireland and its place in Europe now. Where is Ireland and its wealth? Are we any better off? Are we respected and equal now in Europe? Come back to my blog and I will be hopefully answering these questions while reviewing Andrew Fox’s take on After the Race.

After the Race is a short story from the Dubliners collection written by James Joyce.