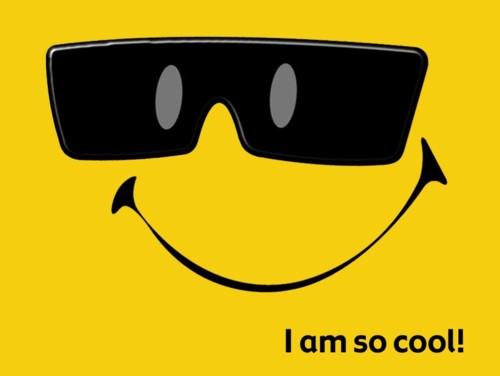 When I was a teenager, I was into black pieces of material that could be tied around my neck, Doc Marten boots and coloured lenses sunglasses.

So were my friends. We thought we were pretty with it. Looking over those photos, we were clearly not with it.

Not one bit actually.

In 2011, a similar curse in “fashion” has been afflicted upon us. Ugly people can wear them. Beautiful people can too. They will instantly make you think that you are the coolest person on the planet, all you have to do is slip on a pair of nerd glasses. I decided to carry out some extensive research which involved googling “nerd glasses”. Try it, it’s lots of fun.

Here we have Avril Lavigne with interesting hair and those evil things on her eyes. I think all of these people (and there are billions of them out there allowing themselves to be photographed wearing these things) will really, really regret wearing the glasses.

Even Anne Hathaway can’t pull it off, mainly because she is already a nerd. non-famous teenagers/people will come out of this the worst. See above.

However, all is not lost.

If you really want to wear those nerd glasses that you bought today, you can.

You just have to look exactly like the person below and have started wearing them back in the 1990s not 2011.

Pay attention down the back.