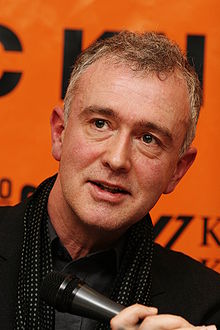 You know that feeling when you get off the plane in a new country, to be greeted by heat and the sun in your eyes. Well, I’ve never been a fan of the intense heat but when I stepped off the plane in Oslo, I replayed that feeling of warmth.
I was wearing a sheer white blouse with vest top underneath my navy coat and scarf. There was no point being too hot in Dublin airport but I should have changed into the good old thermals on the plane. It was cold.
Let me say that again. It was cold.
Very.
Cold.
It was also snowing and ryanair had conveniently dropped us off an hour outside Oslo. We trudged into the airport looking for a shuttle bus to take us to the train station.
Did I mention it was a bit cold?
I’m sure Simon heard me mumbling something quietly about the lack of heat but he patiently handed me scarfs, hats and basically nearly stripped himself of clothes to heat me up. He said he always brings 2 of everything on holidays in case I’m cold ax he would prefer to be laden down with clothes than listen to me grumble…quietly…
The train was pretty great…and warm…
Free wifi, rubbish coffee and naughty children. It was almost just like being on an iarnrod eireann train minus the wifi (if only).
We flagged the nearest taxi down once we arrived and he ripped us off splendidly, as was to be expected as all the guidebooks had told us about that. He laughed at me as my teeth chattered, him in his short sleeve jumper, thinking he was great.
We stayed in the Clarion boutique hotel in the city. We received a hearty welcome and a big plate of seeded bread, cheese and ham sandwiches, which were devoured like we had never eaten before. Our bedroom is super cute and I got very excited when I saw a remote control hanging from the side of the bed.
An electric blanket?
No, a device that makes the bed go up or down depending on how strangely you would like to sleep.
The hotel has a relax area, which is a jacuzzi, sauna and gym type thing. It also likes to feed you. A massive buffet breakfast with odd looking and tasting fish dishes with all the favourites like nutella, hotdogs and fried eggs(which you have to cook yourself) it also has coffee( pretty good) and tea all day long in the lobby and at 6, they start serving a hot evening buffet. All for the price of your room, which was expensive but as we learned throughout the day, Oslo is expensive.
And cold.