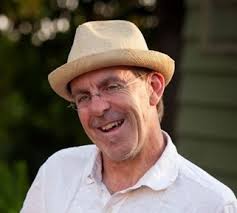 Last week, I had some questions for Mike Joyce, Editor in Chief of the brilliant Literary Orphans Magazine. I love the title. I’d love to have thought of this name for our writing group!

Now, we have James Claffey, Westmeath man and Fiction Editor of the Literary Orphans Magazine take the chance to speak all that is Irish and literary and orphan like…

Tell me about how you met Mike and how the idea for Literary Orphans magazine came about?

JC: I saw a call for submissions to Literary Orphans and was instantly intrigued by the name and artwork for the publication. The professionalism of Mike, Leanne, Scott and the L.O. crew impressed me from the start and when I saw they needed editors I threw my hat in the ring.

Tell me about your background in writing, reading and the general arts.

JC: Educated in Dublin by the Holy Ghost Fathers! A strong load of traditional literature and a good grounding in writing/grammar etc. I did my BA in English at UC Irvine, and an MFA in creative writing at LSU. I’ve been a reader all my life, writer too, but growing up in Dublin meant for me at least that I felt incapable, or not worthy, of writing. Since coming to America I’ve found the distance and freedom to claim “writer” as my own, and to tell stories my own particular way.

Let’s keep it Irish, who do you rate as literary brilliance in the Irish literary scene?

What were you hoping for when you put the call out for the Irish issue of Literary Orphans? What did you know you would be rejecting straightway?

JC: Nothing “Oirish,” as Mike says. I’m tired of the status quo and wanted writers who portray 21st Century ideas of what it is to be Irish in the global sense. I’m delighted with the spread of fine writers and artists represented in this issue and hope the readers found value there, too. I did tell Mike, “No stories about leprechauns or famines or Darby O’Gill”!

Do you believe that everyone can write or is there a level that certain writers reach that they cannot overcome?

JC: Hard to answer. At a core level I think everyone can write, even if it’s a simple narrative. There seems to be a stage where writers jut up against the rock face of criticism and expectation and when that happens, not every writer has the strength (or stubbornness) to forge ahead and keep writing. For me writing is about perseverance, about endurance, about pushing the pen across the page one more line and one more line again.

Which book is on your bedside locker?(I.e. The one you are currently reading, there may be a few if you are like me!)

JC: One Hundred Years of Solitude. Bonnie ZoBell’s What Happened Here, and The Stories of Breece D’J Pancake. I’ve always got a revolving set of books there, and magazines like “The Sun,” “Poets & Writers,” and “The Oxford American.”

Have the more traditional story telling in Ireland like Frank O Connor and William Trevor any place in the literary scene in America and Ireland? What can we learn from these authors?

JC: God, I hope so. There’s a body of work that forms the wellspring for many, and Trevor and O’Connor and so many others are fundamental in terms of “should have read” works. I’m immersed in McGahern at present, rereading The Dead, and glorying in his brilliant command of English. Current writers from Ireland are breaking those traditional patterns and writing in innovative and marvelous ways, like Kevin Barry’s City of Bohane. I hope we keep faith in the past and not forget those fine writers who paved the way for the current crop of artists like Colum McCann, Colm Toibin, Joseph O’Connor and Emma Donoghue.

I love the fact that the Irish edition of Literary Orphans referred to the past of 1916 rising and the present day meeting of The Queen and our President in its editorial statement. Would Literary Orphans see the anniversary of 1916 as a potentially powerful time to celebrate difference and the evolution of the arts in Ireland? It may give you an idea for a future issue!

JC: Yes, I’d love to do a 100th anniversary issue! This is an important time in Irish life and the country is changing, both culturally and politically.

James, many people say that Ireland punches above its weight in terms of the quality of Irish writers? Is this true or a myth we have developed over time?

It has to be true, right? So many fine writers, poets, artists and creative souls out there who hail from our small island. We’re a place where there’s been a historical importance placed on storytelling and literature. The old traditions of the Seanchai, the mummers, and the great mythological cycle of the Tuatha de Danann and the Fenian cycle. Maybe we steered our own lives in the waters of literature and writing, but there’s no doubt we are blessed with a creative wealth.

James, in your editorial statement for the Irish issue of Literary Orphans, you mentioned Love/Hate and Kevin Barry as the new social carriers for the literary form. What do you like about these two representations of Ireland and why? Are they true?

JC: I like the grittiness of Love/Hate and the way it puts drug culture and pop culture under the same lens. Sure, part of it is heavily fictionalized, but we are a nation of such dichotomies, wealth and poverty, education and ignorance, religion and secularity. 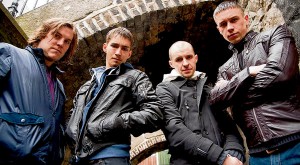 I think Kevin Barry pokes fun at popular representations of Irishness and brings his own skewed version of modern Ireland to a whole new place, an Ireland that is both Ireland and not-Ireland. Is anything true? I don’t purport to know what’s true for other people, particularly in terms of Ireland. I’ve been away a long time now, and return almost yearly, but I don’t feel that qualifies me to sit in judgment of truth in terms of either genre of storytelling, televisual or written word. What I do know is that we’ll go on reading and writing of and about Ireland for a long time. And for me, I can only write of the Ireland I know and have experienced, no other.

Thanks so much to James and Mike for their thought provoking and fresh answers. I now have lots of new reading to do and hope you will check out the latest edition of Literary Orphans!
New writing and reviews at  Blue Fifth Review  The ManifestStation  WordPlaySound  Flash Fiction Chronicles  Minneapolis Star Tribune HTMLGiant  Camroc Press  Spry Literary Magazine  Spork Press  Em Review  Drunk Monkeys  Extract(s)  Shelf Aware  The Galway Review  Writing.ie