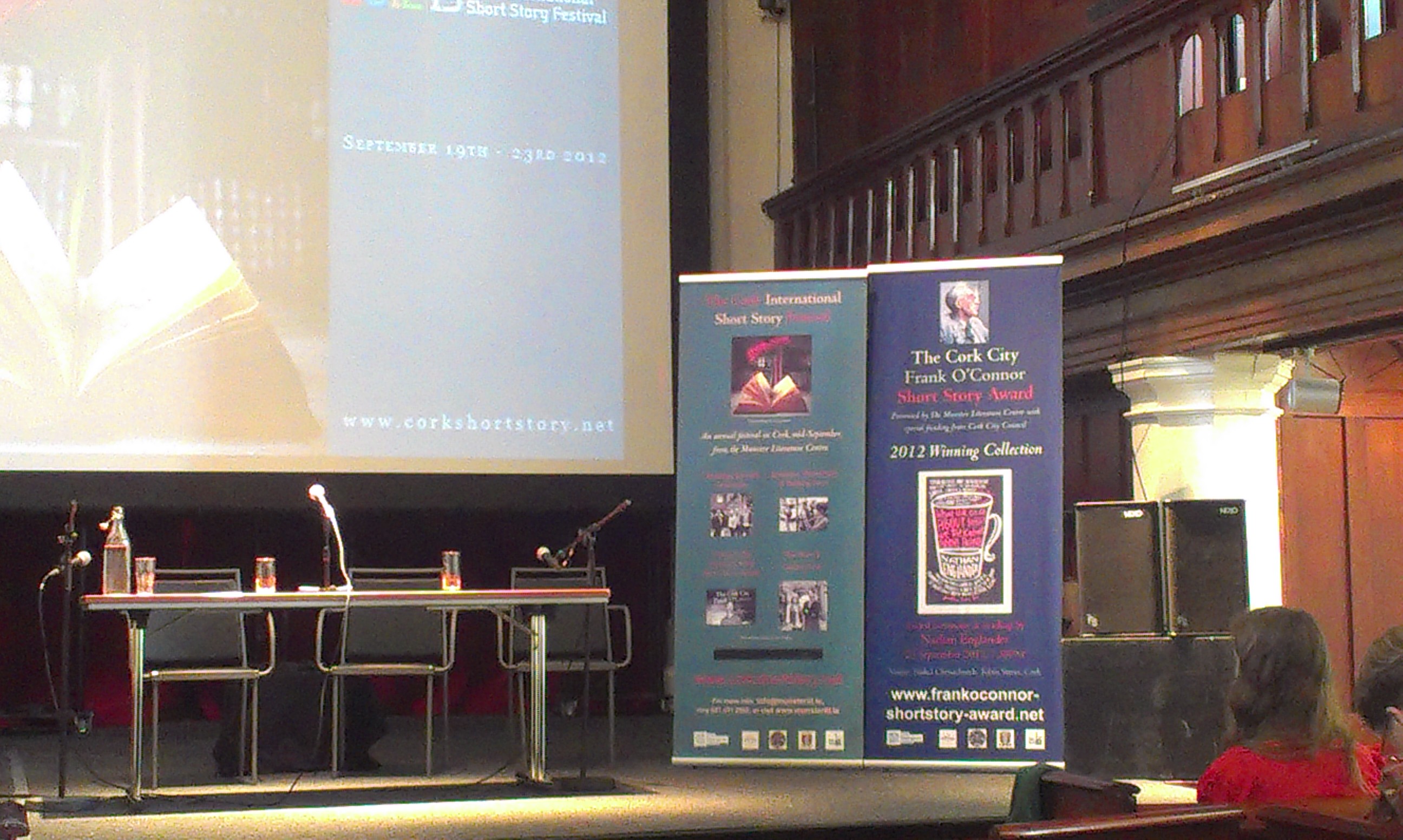 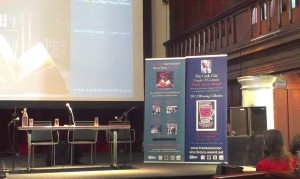 Back in 2000, someone in the Munster Literature Centre had an idea.

2012 was to be my first visit to this festival and I didn’t need an excuse to return to Cork City! I booked in for all the events on Saturday apart from John Banville. If you have read my post on writing.ie here on John Banville’s reading at Huntington Castle, you might see why I declined to attend. Next time, John, maybe.

My Mother she killed me, my father he ate me:Readings  and discussion from Kate Bernheimer’s new book of the same title.

All the events I attended were held in the stunning building of Triskel Christ Church.

The first reading I attended was My Mother she killed me, my father he ate me, a reading on the place of fairytales in adult reading, which was being chaired by Gearóid Ó Crualaoich, former Head of Folklore and Ethnology at UCC( amongst many other things!)

We were treated to a brilliant reading of a re-imagining of the Russian fairytale of Baba Yaga. See description here. The lady who read, whose name I did not get, was hilarious. She used a range of child-like voice, Cork and Kerry slurs with an occasional posh gentleman for the villain. A great start.

Next up was Kate herself who spoke about her constant love and commitment to the fairytale. I wanted to ask her what her favourite fairy-tale was but I guess she gets asked that a lot. She must have pre-empted this question as she told us that she has n favourite, she loves them all. Aw.

After Kate, came Ilya Kaminsky. He has published many poetry collections, the most well-known being Dancing in Odessa. He reads in a distinctively mesmerising style, full of emotion and in a “Eastern European Shamansitic” way. He had his story projected behind him which was very helpful to the visual learners. It can be hard to simply listen! Teachers, take note! Ilya is a unique reader, people say it’s because English is not his first language or because he is deaf but I think it’s because he is simply Ilya and he will always read this way, with passion and drama, the way good writing deserves. It’s courageous as there are quite set reading styles out there.

Then Gearóid panelled a question and answer discussion type affair. To be honest, I could have listened to this man all day. His life time research project has been in the area of the traditional narrative. More, more!

I treated myself to a copy of Kate’s book afterwards. It contains 40(41, Kate tells us!) re-imagined stories inspired loosely and non-loosely by a fairy-tale that Kate had given to the author. There’s a couple of Irish fairy-tales and all the old favourites of Rumplestiskin, Snow White, Blue Beard. The author include Neil Gaiman, Michael Cunningham, Aimee Bender, Kelly Link, Lydia Millet and many more. When I finish, I will do a review on it!

Kate was at the festival giving a workshop on the fairy-tale, I would have loved to have taken part but they were held during the week. I really enjoyed this reading and was also looking forward to my personal highlight: Kevin Barry. My review on his reading is coming up next in Part 2. Hope you can wait!