I don’t know how I haven’t caught this till now! A poetic, beautiful, moving and artistic advertisement from Apple speaking about the merits of poetry, life and creation.
I love the excerpt they have used from Dead’s Poet Society, the film but original credit to the the Walt Whitman poem “O me O life”. It makes me quiver just listening to these lines. There is so much potential in us that is more than the ins and outs of a life just being lived in. The last lines “What will your verse be?” is an invitation to all.
A great article on the advertisement is here http://business.time.com/2014/01/13/apples-latest-ad-is-probably-going-to-give-you-chills/
and the Poetry Foundation who originally drew my attention back again to the poem and the film. Robin Williams was hired to redo this speech from the film and it fits so well. Here is a link to an audio of the poem and a discussion on the Poetry Foundation’s website. If you haven’t checked it out, you really have to though I’m assuming you have! They give a beautiful analysis of poems, poets and appropriate themes. 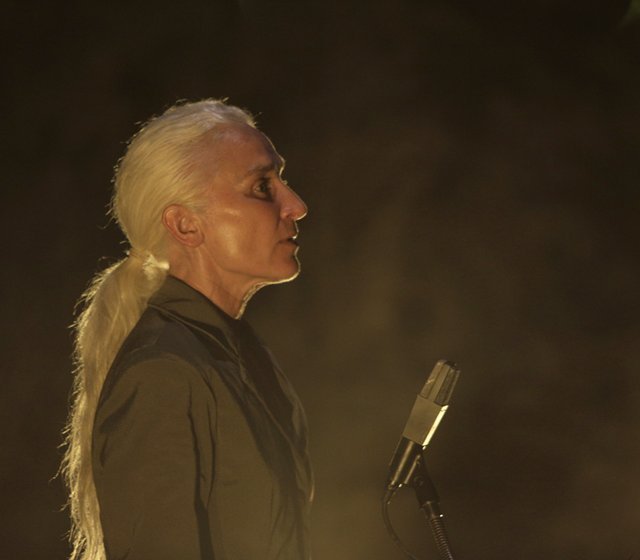 I caught “Riverrun” production in Watergate Theatre this afternoon. Riverrun is showing at the Kilkenny Arts Festival all week and it runs tonight and tomorrow for matinee and evening. Then, it’s gone!

Olwen is a fascinating lady to watch and listen as she interprets the voice of the river from Finnegan’s Wake. A sound dance that you will not understand but you will feel!

Even though Mad Men previewed the other night with the highest audience scores ever, most people I speak to haven’t watched it. They are missing out!

Last night, Episode one opened up with a great, all round recap of the characters adn what they had been doing for the last year or so.

Don seemed to have been made into a changed man, he is pleasant and gives compliments to staff and Peggy gets rather annoyed by this!However, by the end of the episode, we can see that Don is back to his old tricks of being confused, moody and difficult. Will he ever be happy? Will his marriage to little one, Megan last? Will be ever age? No, I would think if the answer to all of these questions.

Pete hasn’t changed and in fact has became more perplexing git-like. Love his character. I’m predicting this will be the year of Pete in the company and his love life.

Speaking of Pete’s love life, Peggy is a pretty, confident girl now in pastel, cute dresses. What a development she has made over the years. My favourite girl character who has worked hard to get where she is and is super intelligent and sussed about the men in the office.

Finally, let’s talk about Roger Sterling. He.is.the.man. Everyone loves him, his quick quotes. I heard that the actor that plays him went for the Don Draper role but couldn’t imagine him as anything else.

I’ll leave you with a gem. Watch this video of Megan flirtingly offering her birthday present to Don. Roger speaks to his wife after and says:

“Why don’t you sing like that?” His wife answers “Why don’t you look like him?” Obviously, he is well suited to his wife, who has learned to be as quick to control.

Am saving episode 2 for tonight. Life has meaning again. Sounds dramatic but slight truth to that statement!

Poor Don is mortified and quite annoyed though he doesn’t show it here.

Mad men is back!
I don’t really watch TV that much but for the next few months, I will be making full use out of Sky.
It’s been nearly 2 years since Mad Men last graced our screens. Don proposed randomly to a stunning French lady. Joany was pregnant but not by her husband. And Peggy was fancying Don…a bit.
So, there’s been lots of crazy rumours-Some people even thought it would never happen. The cast wanted better money and they held out…and I just can’t wait. The double episode starts on Sky Atlantic, 27th March with a lush offering of a double episode…2 hours of it!
This week,the UK apprentice begins…there goes my life…

Expect lots of posts about Mr Draper, naughty Betty and perplexingly favourite character-Pete. I’d recommend you get yourself up to date with Mad men!